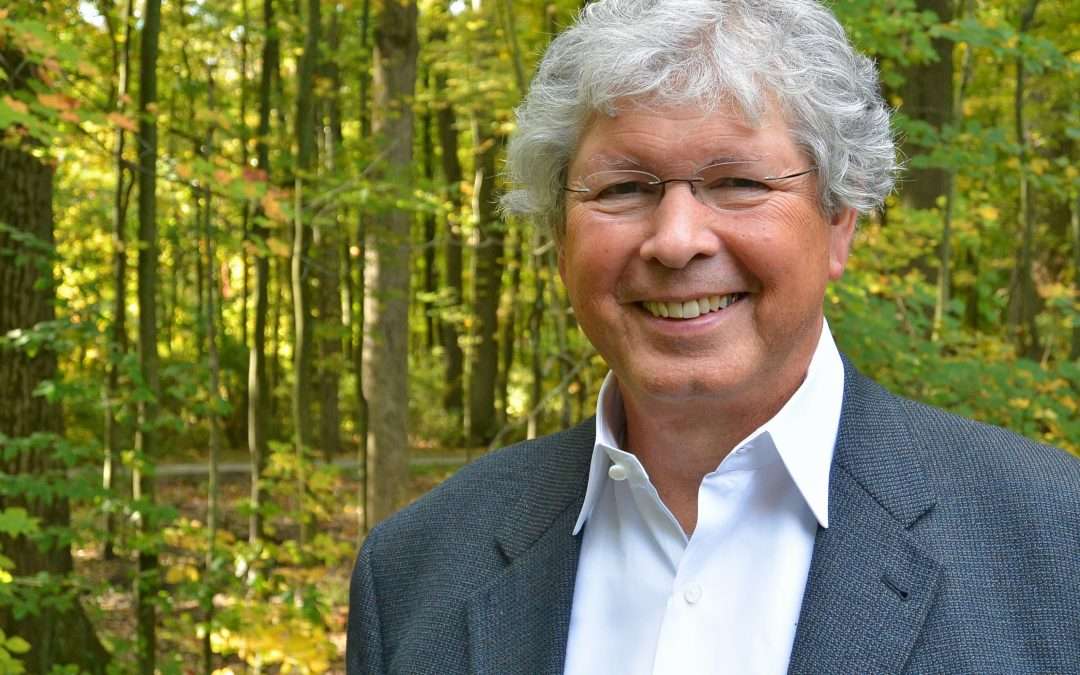 Throughout nearly half a century of mastering osteopathic medicine, Richard G. Huff, D.O., has witnessed monumental changes in America’s approach to healthcare and the practice of medicine.
Yet for all the advances made in pharmaceutical development and medical imaging and technology, Dr. Huff remains as convinced today as he was at the dawn of his career that the holistic, hands-on method that is at the philosophical heart of osteopathic medicine remains a vibrant and viable treatment option for patients.
“The big concept in osteopathy is to look for health rather than disease, and try to improve the health so patients don’t need continued care,” Dr. Huff explained. “Yet even after more than 100 years, the osteopathic concept is a fledgling one. It’s a concept that still needs to be nurtured, and better understood.”
Dr. Huff, who grew up in Kirksville, Mo., the birthplace of osteopathy, has spent his entire career as a doctor in the Muskegon, Michigan, area, initially in private family practice and also serving as a physician for the Muskegon Correctional Facility.
As a specialist in Osteopathic Manipulative Medicine, Dr. Huff is well-versed in a range of hands-on techniques to evaluate and treat pain and other neuromusculoskeletal issues. It can be used alone or in combination with surgery, rehabilitation, or other therapies; it often focuses on empowering patients to influence their own health through education, diet, and specific exercises. Employing OMM effectively in his general practice, Dr. Huff eventually came to envision a specialty clinic where OMM techniques could be used in both an in-patient and out-patient setting.
After selling his practice to Muskegon General Hospital, Dr. Huff was instrumental in founding the Mercy Health Physician Partners Osteopathic Manipulative Medicine clinic with the support of the Osteopathic Foundation of West Michigan and Mercy Hospital. The clinic serves the dual purpose of treating patients and advancing the hospital’s residency program to include OMM. The clinic has expanded to include a team of four physicians, three residents, and three staff members. Dr. Huff accepts a plaque from the Osteopathic Foundation of West Michigan

“When it comes to advancing the osteopathic legacy of our community, we have a dedicated advocate in Dr. Huff,” said Andrea Masvero, Executive Director of the Osteopathic Foundation of West Michigan, which has helped cultivate the clinic’s growth through the years. “Not only has he helped thousands of patients here in our West Michigan community, he trained dozens of residents who are now treating people throughout the country.”
The Osteopathic Foundation honored Dr. Huff for his leadership and mentorship at the clinic and for his decades of contributions to osteopathic medicine during an October 25, 2016, dinner at the Muskegon Country Club. Guests included family, colleagues, and area healthcare leaders. The Foundation noted that Dr. Huff’s “mastery of and commitment to Osteopathic Manipulative Medicine have helped (his) patients … find health and optimal function.”
For his part, Dr. Huff noted that the timely and consistent support of the Osteopathic Foundation has been critical to the success of the clinic.
“If it were not for the Osteopathic Foundation,” he said, “this program would not exist. The foundation’s willingness to provide financial support, moral support and assistance, well, it’s the only reason this program has survived. The foundation has been very supportive in the financial and business aspects and the hospital also has been invested in that. It’s been a communal effort without which we would not be where we are today.”
At the age of 73, Dr. Huff continues to be happily engaged in the work of the clinic three days a week.
“I am still practicing the kind of medicine I want to — so I can say each day, this is rewarding, this is fun, this is exciting. I’m still helping people find health. If I were not challenged or excited about what I’m doing, I’d quit. I know there are a lot of doctors who can’t practice the kind of medicine they want to because of regulations and requirements. I can see why there’s a crisis in medicine right now. But because of the foundation, because of the hospital, I can say this is still very rewarding.”